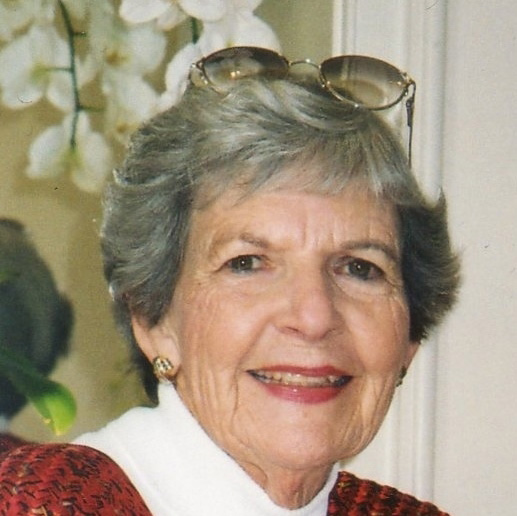 Back to Table of Contents

Mary Catherine “Katie” Bussey Boice McGready (b. 7 February 1921, Timpson, Texas) came to MD Anderson in 1943 to fill the position of medical librarian.  She was the fourth employee hired for MD Anderson.  She left the institution after nine months, returning to Houston and the Texas Medical Center after several years to pass the remainder of her career.  She retired in 1980.

This interview takes place at Mrs. McGready’s home today, in Houston, Texas.  During the first session, Mrs. Cathy Bacon, Mrs. McGready’s daughter, is also present and participates in the conversation.

Note on handling of this interview:

Mrs. McGready was 95 at the time of this interview.  She was mentally alert, but had some memory issues.  The raw interview files for these sessions were edited to eliminate repetition of stories.

Memories of the Baker Estate, first site of MD Anderson

Perspectives on Houston in the 1940s

The role of medical librarian

Regarding the Transcript and Audio Files

In accordance with oral history best practices, this transcript was intentionally created to preserve the conversational language of the interview sessions.  (Language has not been edited to conform to written prose).

The interview subject was given the opportunity to review the transcript.  Any requested editorial changes are indicated in brackets [ ], and the audio file has not correspondingly altered.

Redactions to the transcript and audio files may have been made in response to the interview subject’s request or to eliminate personal health information in compliance with HIPAA.

Working as the First Medical Librarian at MD Anderson
Chapter 03 / MD Anderson Past;

Working for Dr. Bertner and the New MD Anderson
Chapter 06 / MD Anderson Past

In this chapter, Mrs. McGready sketches her family background and the tradition in her family of working in the medical profession.  Her father was a pharmacist and three of her four brothers became physicians.  Mrs. McGready shares memories of working in her father’s pharmacy as a young girl, of segregation in Texas in the early part of the 20th century, and her father’s commitment to racial equality.

Mrs. McGready recounts how her brother helped her get into medical archiving by introducing her to Miss Elizabeth Runge at the University of Texas Medical Branch archives.  She talks about the conflict with her parents over wanting to leave her studies at North Texas College to take a position as a medical librarian at UTMB.  Daughter Cathy Bacon mentions a story about exposure to library work in Waco, during college.  Mrs. McGready tells an anecdote about the “scholarship she gave to herself.”  She talks about her parents attitudes toward education.

Next Mrs. McGready describes how Galveston was a “hopping place” in the early forties.

Mrs. McGready explains (with the help of daughter Cathy Bacon) how she came to the attention of Dr. Ernst Bertner, who was establishing the new MD Anderson.  She shares memories of the young institution and a much smaller Houston, Texas.  She explains some of her duties, including compiling the library and collecting duplicate books from the Medical School in Galveston and having them bound for the MD Anderson library.   She shares a few memories of working at the Baker Estate.

Mrs. McGready sketches how she was working as a medical librarian at University of Texas Medical Branch when she was offered an opportunity to work at MD Anderson.  She sketches some of her memories of working at the Baker Estate in the early days.

Mrs. McGready notes that she was one of the first five employees at MD Anderson, and she shares memories of the others: Dr. Coogle, John Musgrove, Zuma Krum, and Florence Hanselman.

She recounts that the MD Anderson library was housed in the dining room of the Baker Estate.  She talks about the first set of books acquired, a series of medical texts by Rudolf Virchow, the basis of medicine.

Mrs. McGready tells several stories that illustrate the social environment among the first employees of MD Anderson.   She tells the story of getting her driver’s license so she could drive the MD Anderson Ford station wagon to downtown Houston so Dr. Bertner could sign papers.

Mrs. McGready recalls taking papers down to Dr. Ernst Bertner’s private physician’s office in the Second National Bank Building on Main Street in downtown Houston.  She notes that she was with MD Anderson for nine months, until her fiancé was finished w medical school.  She was asked to stay on, but made it clear she was “not a career person” and wanted to leave to be married.

Mrs. McGready acknowledges that she didn’t realize how special her position was at the time, working for a brand new cancer institute.  She saw the job as really fun, and she worked with people she liked.  She shares stories of their pleasant interactions.

She next talks about attitudes toward cancer at the time and reflects on advances that have been made.  She expresses satisfaction with her choice to marry and have a family.  She sketches what her children are doing now.

At the end of the interview, Mrs. McGready says, “I’ve just always been very proud of the fact that I did see the nucleus of it.  And then when I went back and saw the Virchows all in this air-conditioned room, that was impressive.  I positioned them.  Well, I felt very, very lucky to have been in it at that stage.”